Excerpts from the book

The methods described at the end of the book are the ones we used in order to cope with the difficult situation we found ourselves in. I write, among other things, about how we coped with all Robban’s hospital visits, how we made ”a daddy book” together with lots of friends, how my perception of time changed while living with someone who could suddenly suffer severe attacks of pain and how I discovered that joy and sorrow live ”in the same box” inside me. Just to mention some of the things the book is about.

Below is an excerpt from the book from the pages on methods.

We made a ”Daddy” book

During his last months, I contacted Robban’s friends –old and new friends, people from the gym, from work, from school, neighbours, family members and others who had been a part of his life.

I asked them to write short stories about what they had done together, to describe how they perceived him, and to send us their writings along with any photos they had. I asked for two copies of everything. Over the following months, we received lots of envelopes in the post, each containing a small piece of the puzzle of Robban’s life.

The children each had a book into which they glued the stories and photos we received. I didn’t ask our friends to write their stories specifically for children. Everyone simply wrote in their own way, and told the tales that Robban would never have the chance to tell his own children.

Now, several years later, I see an even greater value in this activity than I did at the time. Lots of people find it hard to talk about the things we did together when Robban was alive. I have come to understand that some people are afraid of stirring up old memories. But their fears are unfounded. It is not as if we will ever ‘forget’ that Robban once lived among us but is no longer here. He is constantly present in our minds, which means it is neither hard nor painful to be ‘reminded’ of him.

I recommend that everyone dares to talk about people who have died. Talk about the moments you shared and what the person was like – about their thoughts and feelings. Children don’t remember things the way adults do, so it’s important for them to hear different points of view about what Robban was like.

Of course, we will never forget Robban. Life goes on and new things happen, but we will always remember him for the fantastic person he was. The stories written by his friends really help us do that. Finally, they also give the children an opportunity to see bits of themselves in him, and perhaps as a result, to understand themselves better.

The book is full of inspiring brainteasers for children and here you can see three examples:

Invent and build for yourself a new type of helicopter. What would it be able to do? 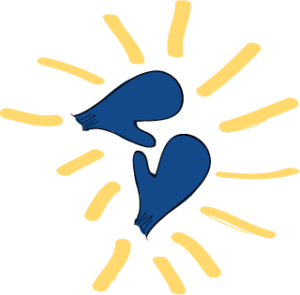 If you had magic gloves, what would you
be able to do when you put them on?

Imagine a millipede,
how could you help her buy shoes? 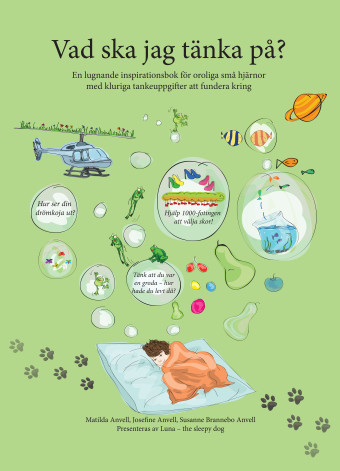 Also available in English
Order "What shall I think about?" here.